Hailing from Frankfurt, AKKI is well on his way.

After releasing tracks with T78 on Autektone Records, Cosmic Boys on Legend, and his latest collaboration „Horizon“ with Kaspar on Monika Kruse’s Terminal M label, AKKI has made it clear that he is a force to be reckoned with. His musical releases can also be found on labels like Alaula Music, Legend, ReWasted, and many more.

AKKI was born and raised in Munich, Germany, was introduced to electronic music in his early youth with his first DJ set-up and has not lost his passion for it to this day. He always knew he wanted to do something creative, to defy boundaries and guidelines and let his creativity run free. AKKI started his career as a producer at the age of eighteen and consistently developed his own style of music.

To push it further, he studied music production in Frankfurt.

His first personal highlight was when one of Germany’s most sought-after artists, Pappenheimer, started playing AKKI’s tracks in his sets at festivals and clubs.

When Pappenheimer asked him to join his agency, he was honored and AKKI of course agreed. Since then they have become good friends and he has given him many helpful tips along the way.

AKKI’s style results from emotional melodies that contrast with hard technoid basslines and are driven by stylistic rhythms that combine different genres. Sound-wise, there should be no limits for AKKI.

AKKI is steadily making its way to the top of the European techno music scene. 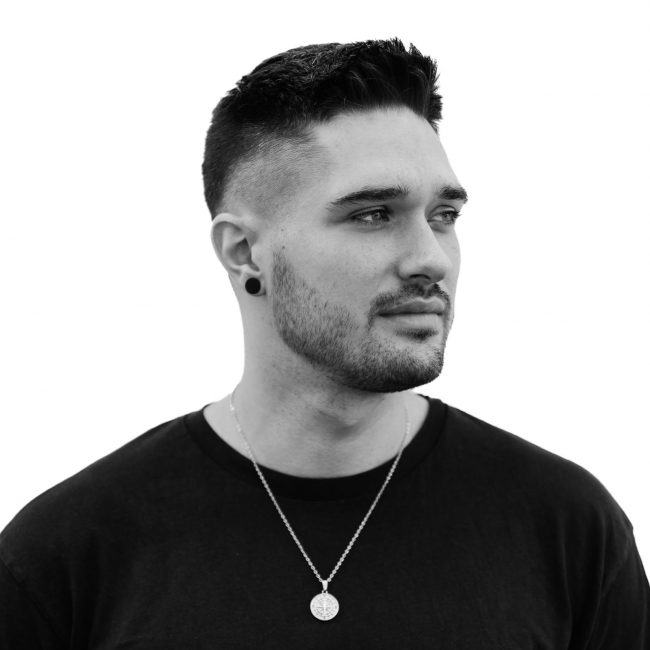 AKKI releases his heart project “Take Me Away“